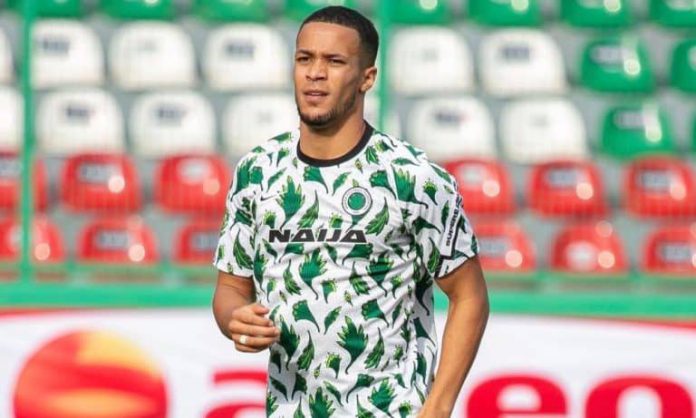 William Troost-Ekong says he is honoured to captain three-time African champions Nigeria ahead of the 2021 Africa Cup of Nations.

Having made his senior debut in 2015, the Watford center back is one of the senior players in the Super Eagles and only Ahmed Musa, Leon Balogun, Odion Ighalo and Kenneth Omeruo earned their first caps before him in the current squad.
The retirement of Chelsea legend John Obi Mikel after the 2019 Africa Cup of Nations saw a change in captaincy, with Musa appointed substantive skipper while Troost-Ekong and Omeruo were named vice-captains.
These days Musa and Omeruo are not undisputed starters for the national team, hence, the armband is usually worn by Troost-Ekong.
“It’s a great honour to captain your country, I think when I first came to the Super Eagles I didn’t realize it could go that quickly,” Troost-Ekong told MTN Nigeria’s We Move With Super Eagles.
“However, I think I’ve been here quite consistently and it’s a great honour from the coach and trust that I’m getting to get that role but it comes with responsibility.
“If you wear the band or not I think I still play the same, it doesn’t change anything about how I play, what I do.
“I might have one or two extra responsibilities on the pitch but it is still the same, I still play the same and talk the same so it doesn’t make that much of a difference.”
Troost-Ekong is set to represent Nigeria in his third major tournament – the 2021 Africa Cup of Nations which kicks off in Cameroon on January 9, 2022.

Channels Television Wins TV Station Of The Year For The 15th...