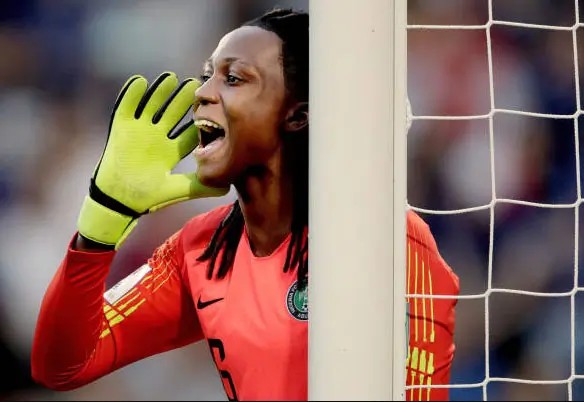 Super Falcons star, Chiamaka Nnadozie has expressed how much she admires her beauty. After a long, successful season, the Super Falcons goalkeeper is on holiday and is having a good time.

The Paris FC goalkeeper in a tweet said she is beautiful but all is left is to marry a handsome man. “NORMALLY I BE BEAUTIFUL QUEEN, NA TO MARRY HANDSOME MAN REMAIN” she tweeted.

Chiamaka had a splendid season both on a team level and on an individual level. She was nominated for the goalkeeper of the year award and made the final 5 picks. The 22-year old also won the Revelation of the Year award while her team also qualified for the UEFA Women’s Champions League for the upcoming season.

Nnadozie is expected to be in goal for the Super Falcons at the 2022 WAFCON. Since 2019 when she made her debut with Nigeria at the World Cup, she’s been brilliant at her club and has had a steady growth with the national team too.