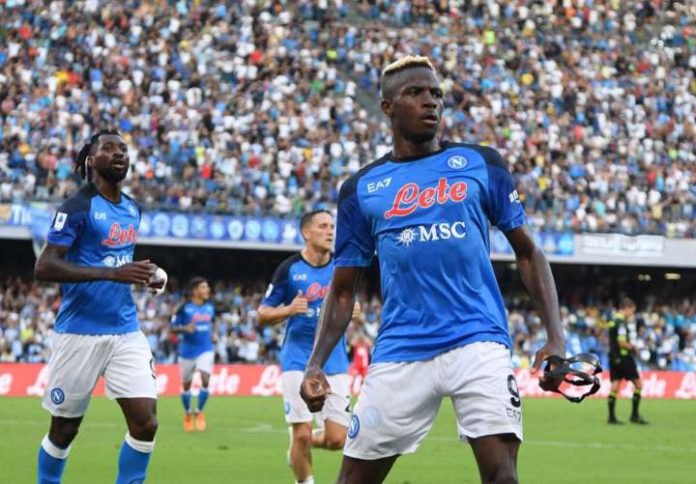 The medical department of Italia Serie A club Napoli have given an update on injured Nigeria’s Super Eagles striker Victor Osimhen.

The Nigeria international has been out of action since the Champions League game against English Premier League side Liverpool.

The doctor Raffaelle Canonico confirmed that former LOSC Lille of France forward will still be out for at least three more weeks.

“He is expected to remain out for three weeks and then it will depend on how he recovers,” Napoli doctor Canonico told Radio Kiss Kiss as quoted by Calcionapoli1926.it.

“The ankle’s condition is improving every day.” “Pace is one of his peculiar characteristics. We are talking of an athlete whose top speed sprint is 34/35 Km/h. To reach that and to achieve specific standards he must be well trained.

“In general, the recovery time for these sorts of injuries is five weeks, so the week of the Cremonese clash is crucial.”
Osimhen is still playing with a protective face mask despite having recovered from a cheekbone injury suffered last year
“He still uses it to feel safe, even if he has completely recovered now,” Canonico revealed.

Cristiano Ronaldo reduced to role of superstar nobody wants’