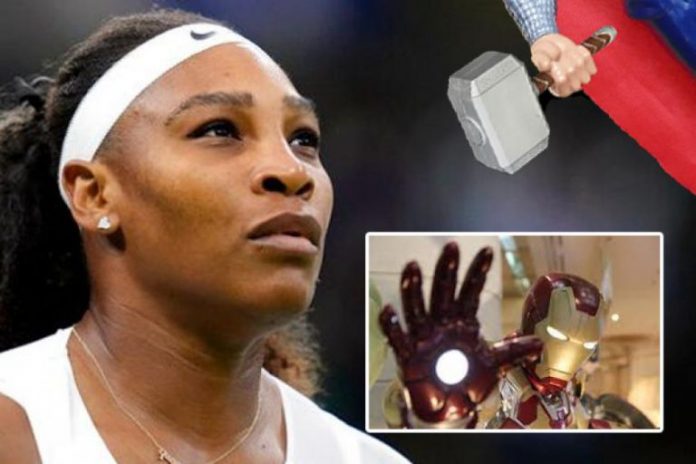 Serena Williams revealed how she prepares for the 1st round of Wimbledon after being away from tennis courts for one year, and, surprisingly, it doesn’t involve tennis courts but a lot of mental relaxation.

Serena posted a video on her Instagram account showing her doing a LEGO puzzle of Thor’s Hammer and watching Iron Man.

“In case you’re wondering how I prep for Wimbledon: I relax my mind by doing LEGOs,” Serena says at the start of the video. Then, she showed that she already started building the LEGO version of Thor’s hammer.

“Thor enlists the help of Valkyrie, Korg and ex-girlfriend Jane Foster to fight Gorr the God Butcher, who intends to make the gods extinct,” read the movie’s IMDB summary. And if that wasn’t enough, she then revealed a second tactic she uses for relaxing her mind ahead of the All England Championships: watching movies.

And it’s not any movie, its Iron Man. “I love Marvel, so I’m watching Iron Man for like the third… no, actually, for the twentieth time,” said Williams.

‘We’re not sitting and not doing our work’: Eskom board chair...