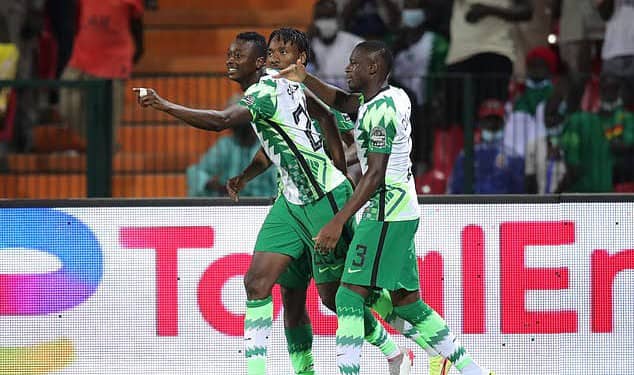 UD Almeria striker Sadiq Umar has asked the fans for their support and patience after he scored his first goal for the Super Eagles at the AFCON in Cameroon.

The 2016 Rio Olympics striker Sadiq opened scoring on the 56th minute to set the ball rolling for a 2-0 victory by the Super Eagles.
The gangling striker ought to have scored more goals and he has been widely knocked for his overall play.

“The fans should keep supporting us, be patient with us and I hope we will keep giving you the results,” the striker pleaded.
“It was a special moment for me and my family to score my first goal.

“I was calm (when the goal did not come) because I know another one will come. I just have to be me and believe in myself.

“The coach has been trying to help everyone especially me and (Kelechi) Nwakali because this is our first Eagles call-up. “We are trying to put ourselves into the group. “And I want to learn more.”

Nairobi leading in number of HIV infections at 167,446 – Study