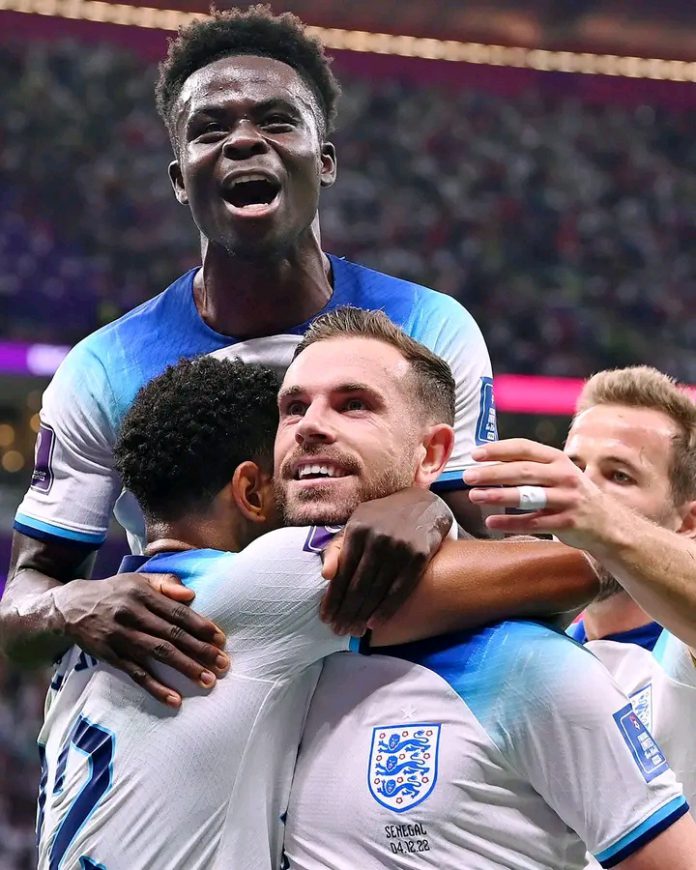 Raheem Sterling’s burglary has made all England players fear for the safety of their families while they’re away, Kalvin Phillips said.

Sterling left the camp in a hurry after learning that his family home in Surrey had been targeted whilst he was in Qatar, missing the 3-0 win over Senegal in the last round.

The Chelsea star could rejoin the England squad on Friday, ahead of Saturday’s quarter-final against holders France, but only once he has ensured his family are protected back at home.

Speaking to reporters from England’s base, Phillips revealed that other England players had their own fears about the safety of their families, as reported in The Sun.

Phillips, 27, said: ‘Once one player goes through it, there is always a thought in the back of your mind that it might happen to you.

‘It’s not really a nice feeling when you are so far away and have family at home.

‘Raheem feels good enough to join back up with us — and we’re very happy his family are OK. It will be a massive lift.

‘Raheem’s an amazing player and obviously had to fly home with what’s gone on.

‘We’re just glad everything is OK now and he can rejoin us to play a big part in the next game, which we are looking forward to.’

The 28-year-old Sterling could miss out on a starting place against France, having missed training and preparation sessions, but he could be a useful option for Gareth Southgate to utilise from the bench.