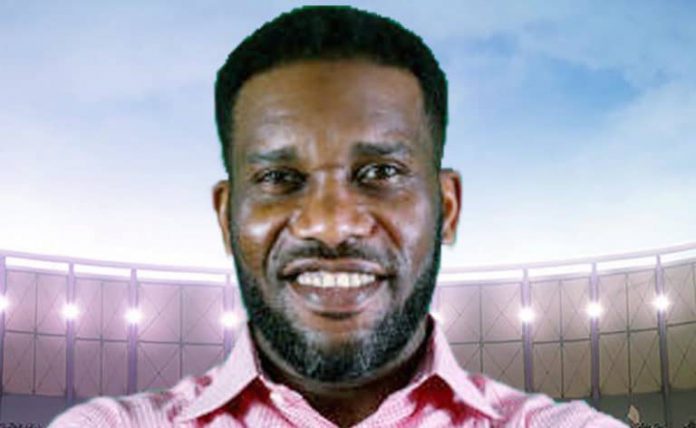 Football legend, Austin Jay Jay Okocha has joined forces with Bundesliga to discover a budding talent capable of stepping into his shoes.

Okocha said this on Saturday at the opening ceremony of a new 5-aside football pitch in Lagos built by Bundesliga, the topmost German Football league that airs exclusively on StarTimes.

Jay Jay Okocha became an instant household name in Germany when he scored one of the most iconic goals in football after a sensational dribble of Oliver Kahn and five defenders before he found the back of the net.

In a media chat at the pitch, Okocha stated that he met with the goalkeeper after that game, and emphasised that they remain as friends.

“Well, I’ve seen him after that. We are not enemies; we are all just doing our jobs and I’m delighted I scored that goal. It was a goal that introduced me to Europe and it’s still a special goal.”

The new pitch built at LSDPC Estate, Meran Lagos is part of Bundesliga’s programme for global pitch refurbishment activation in support of football, with the novel event tagged “Common Ground”.
The Bundesliga legend noted the facility will “keep the youth away from trouble.”

He promised to visit the pitch “from time to time. The community also noted the structure will help curb menace while promising to maintain it.

“Bundesliga didn’t just put this here. They are exposing us to the world,” a representative of the youth said.

According to Public Relations Manager of StarTimes, Lazarus Ibeabuchi, the pitch is one of many developmental projects that StarTimes is in partnership with.

“StarTimes realises the huge potential Nigeria has to offer the world. Thus, as media partners and exclusive broadcaster of Bundesliga in Nigeria, we are committed to see the next Okocha emerge. We are also passionate to see that all Nigerians can afford to enjoy their favourite sports at home. Thus, we have made our football offerings very affordable for all,” Lazarus Ibeabuchi, PR Manager, StarTimes said.

Meanwhile, Bundesliga will take a sensational turn in the new season starting in August as Sadio Mane and other top stars join the league. All Bundesliga matches air live and in HD exclusively on StarTimes.

5 more strikers which Arsenal could realistically look to sign this...