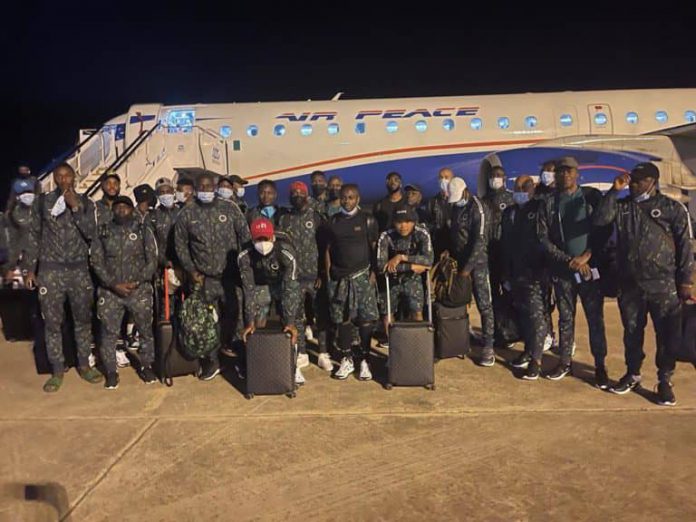 Former African champions, the Super Eagles will aim at redeeming her image when they face off with Ecuador in a friendly on Thursday.

The Jose Peseiro-lads flew to New Jersey on Sunday morning, ahead of the clash with South Americans at the Red Bull Arena in Harrison.

The Nigerian side lost 2-1 to Mexico in an entertaining game that  at the iconic AT&T Stadium in Dallas on Saturday night.

Missing so many first-team players including Captain Ahmed Musa and being the first time they were coming together for any session since the disappointment of 2022 FIFA World Cup ticket miss, the three – time African champions were projected to be sitting ducks for the Mexicans to roast in the State of Texas – a jurisdiction that shares a border with Mexico and where Mexico’s lingua franca, Spanish is taught in schools as a second language.

Nigeria had eight shots on goal compared to Mexico’s 12, while Uzoho made four saves as against Cota’s one.

PODCAST: The solution to load shedding lies at the 2024 ballot...

ECG disconnects power to Lindsay Estate for the third time