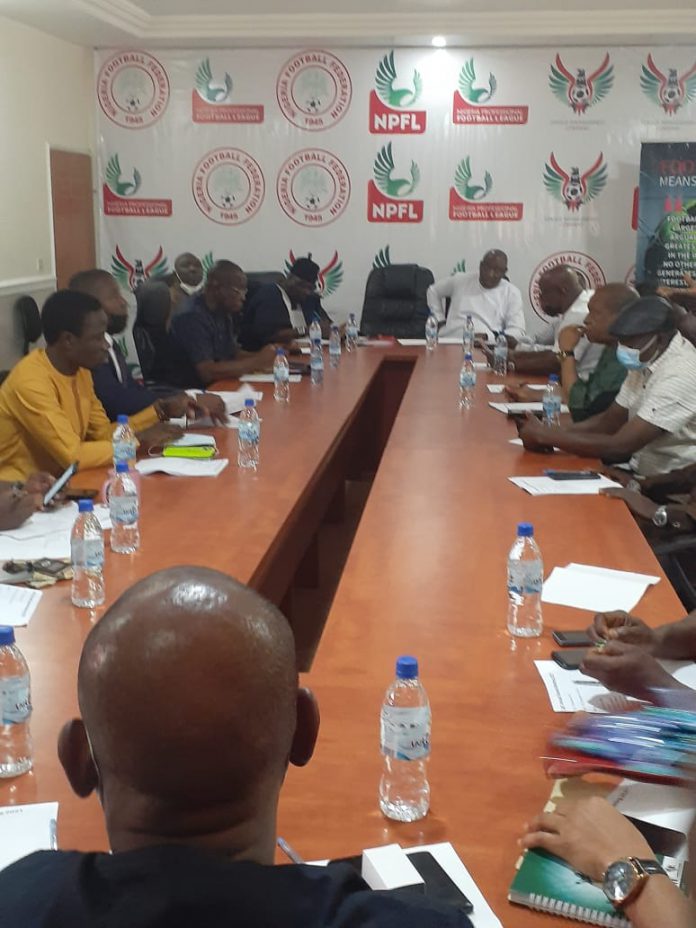 • Endorse Owumi as new CEO of the LMC

The General Assembly meeting of the League Management Company LMC and NPFL Club Owners have okayed 17th December 2021 as the kick off date for the 2021/2022 Nigeria Professional Football League NPFL.

This was part of the resolutions at the end of its General Assembly meeting held on Tuesday at the corporate headquarters of the LMC at Maitama in Abuja.

Addressing journalists shortly after the meeting which lasted for over five hours, the Executive Secretary of the NPFL Club Owners Association,  Chief Alloy Chukwuemeka said the new season would start and end early enough in order to  align the NPFL program with the international Football calendar.

He said Nigeria Football followers should expect a new brand of NPFL season with lots of innovation and robust competition amongst the participating clubs.

Chukwuemeka also revealed that the General Assembly endorsed the appointment of Prince Davidson Owumi of Rangers International FC of Enugu as the new CEO of the League Management company LMC.

The Executive Secretary added that Owumi received a rousing applause by the General Assembly which was also attended by the representative of the NFF President Alh. Ibrahim Musa Gusau,  even as he assured that he would bring to the table his wealth of experience to add more value to the system.

Earlier the LMC had announced that more sponsors and partners would be unveiled soon to boost the revenue streams of the league aside NPFL television coverages of the league and other activations.

5 players Chelsea should look to sell in the summer