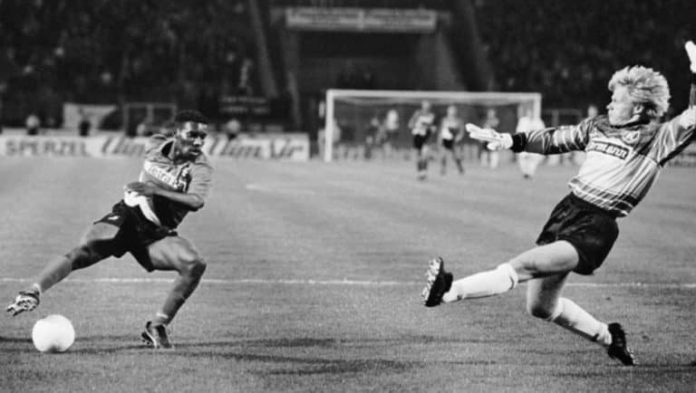 Following his hugely successful stay at Liverpool, Salah is one of the most decorated African players.

The 29-year-old has won the Premier League, FA Cup, UEFA Champions League, and the FIFA Club World Cup with the Reds during an incredible five-year spell.

On an individual level, the ex-AS Roma winger has two CAF African Footballer of the Year awards, three Premier League Golden Boots, and was two years ago named the IFFHS Best CAF Men’s Player of the Decade (2011-2020).

But Mido, who won the 2006 Africa Cup of Nations with Egypt’s Pharaohs, is not convinced that Salah deserves a place among the greats.

Mido wrote on Twitter: “For me, the best five players in the history of Africa are George Weah, Didier Drogba, Samuel Eto’o, Hossam Hassan, and Jay-Jay Okocha.”

Southampton Boss Reveal Why They Opted For Onuachu