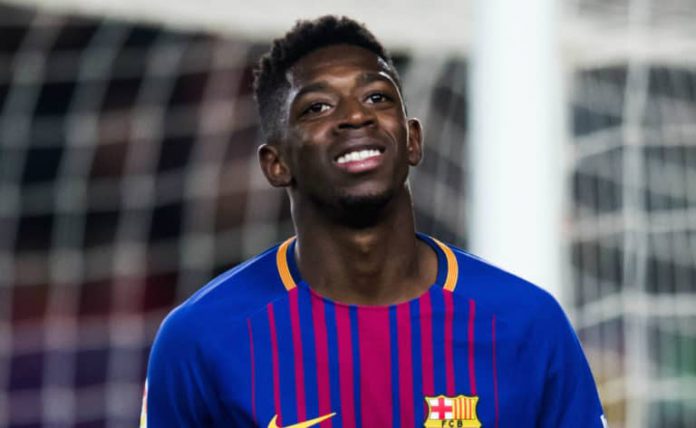 Bayern Munich is reportedly in talks with the agents of Sadio Mane, Sasa Kalajdzic, Sebastian Haller and Ousmane Dembele over summer moves if Robert Lewandowski and Serge Gnabry leave the club.

Star striker Lewandowski admitted at the weekend that he believes he’s played his last game for Bayern, despite his contract running through until next summer.

The Polish talisman informed the German champions that he had no intention of renewing his deal and that his time in Bavaria is drawing to a close.

Gnabry has also been linked with the exit at the Allianz with reports stating that he is unlikely to extend his current contract past 2023.

Should two of Bayern’s main stars in attack decide to leave, the Bundesliga giants will instead target moves for Mane, Kalajdzic, Haller and Dembele, according to SportBILD.

German journalist Christian Falk claimed Bayern is currently in talks with the four players’ agents over joining them in the summer as a reaction to Lewandowski and Gnabry’s current statuses at the club.

Reports earlier this month suggested that Mane’s representatives has met with Bayern chief Hasan Salihamidzic over a move to the club in the summer, with the Senegalese forward entering the final year of his current Liverpool deal.

Mane insisted earlier this month that he is still ‘happy’ to be at Liverpool but Bayern will be hoping to tempt him with a new challenge in Germany.

Mane said: ‘Yeah, I am happy here, I think when we win trophies I am happier! But I think I am trying to enjoy every moment, trying to assist my team mates and I think the boys make it a lot easier for me.

Barcelona star and former Borussia Dortmund winger Dembele is also another target and could be one of the many players the Catalan giants are looking to offload this summer.

Stuttgart’s Kalajdzic, meanwhile, is reportedly seen as the ideal successor for Lewandowski, with PSG also interested in the 24-year-old Austrian.

Ajax’s Haller, who has reignited his career in Holland after a disappointing spell at West Ham, is also wanted by Bayern but could face competition from Dortmund, who will be without Manchester City-bound Erling Haaland next season.

Real Madrid Says No To Sallah

Gauteng PPE company ordered to pay back profits made from R103m...

Ecuador To Cut Fuel Prices That Sparked Weeks Of Protests

Costa Rica 2022 Race: Falconets Off to Douala For CAR Clash