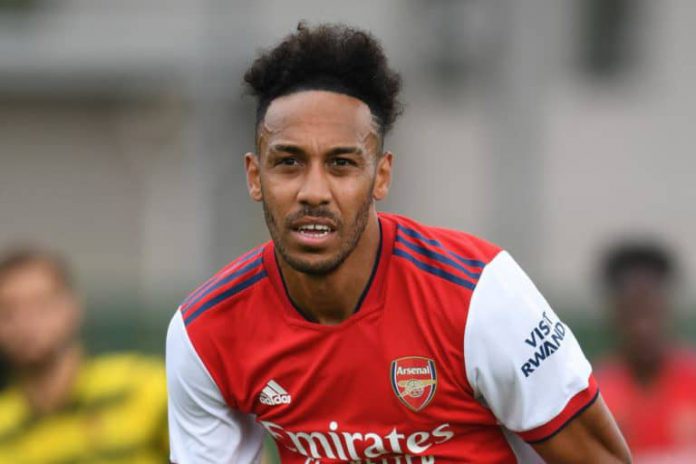 Saudi Arabian club Al-Hilal would reportedly be willing to pay Pierre-Emerick Aubameyang’s full wages in order to sign him on loan from Arsenal this month.

Aubameyang has fallen out of favour under manager Mikel Arteta at the Emirates Stadium, failing to make a single appearance for the club since December 6.

The 32-year-old was banished from the first team picture and stripped of the club captaincy following a disciplinary breach last month, leading to suggestions that the Gunners could look to offload him during the ongoing transfer window.

The Daily Mail reports that Al-Hilal have put together a package which would see them take Aubameyang on loan for the remainder of the season, with an option to make the move permanent at the end of the campaign.

The Saudi outfit, who are managed by former Monaco boss Leonardo Jardim, would crucially be willing to pay the striker’s £350,000-a-week salary in full during the loan spell.

Fellow Saudi Arabian club Al-Nassr are also rumoured to be considering a move for the Gabon international, while a number of European clubs – including Paris Saint-Germain, AC Milan, Juventus, Sevilla and Marseille – are also thought to hold an interest.

Aubameyang has scored seven goals in 15 appearances for Arsenal this season, although just four of those have come in 14 Premier League outings.