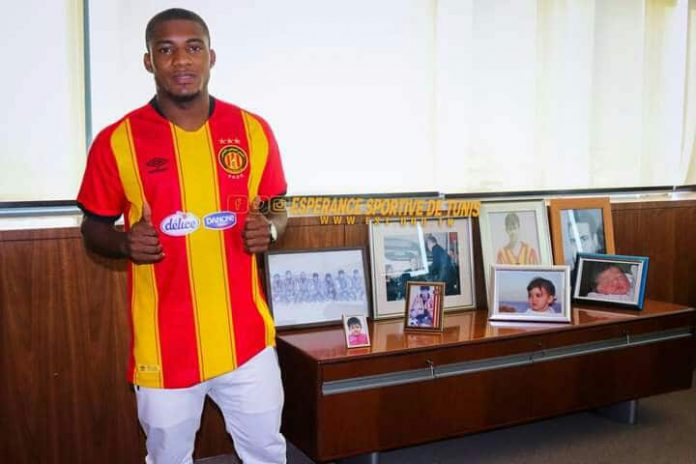 Despite securing a move outside the shore of the country, winger Anayo Iwuala is not sure of getting an invitation to Super Eagles for the September World cup qualifier.

The former Enyimba international player made his debut for Super Eagles in 2021 African cup of Nations qualifier Benin Republic after a decent show in the local scene.

After the international friendly match against Mexico, Iwuala caught the attention of top teams across Africa and beyond.

Former African champions, Esperance of Tunisia completed his capture earlier in the week on a 3-year deal.

While speaking to BBC, Iwuala declared his readiness to give his best to the club but is not sure if he will invited back to the National team.

“From my position [playing in Nigeria] once I saw a chance here with the club I decided to grab the opportunity,” he insisted.

“I need to focus on the job, helping the team achieve more success and that remains the main priority of every professional footballer.

“I also look forward to working with coach Radhi Jaidi and prove myself under him. That is the immediate target for now.

“I don’t know if coming here will further help me establish myself in the Super Eagles, but I know I will give my best here and that’s all I can do for now.” He told BBC.

Ekong Opens Up On Watford Exit

5 strikers which Arsenal could realistically look to sign this summer

Chelsea & City target Mohamed Ihattaren on last chance before being...