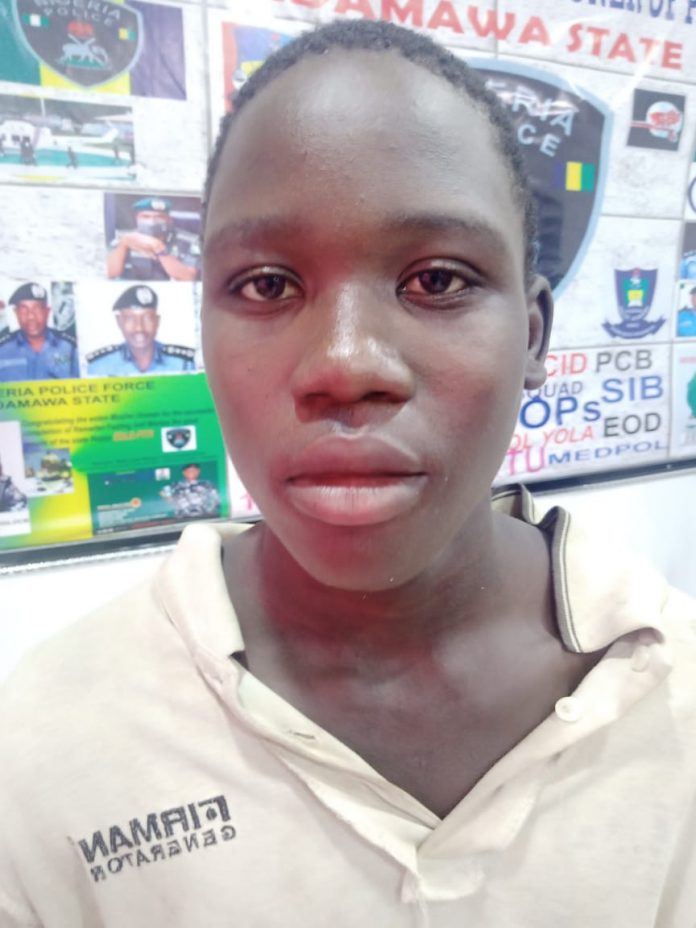 The Adamawa State Police Command has apprehended an 18-year-old suspect for the alleged brutal murder of a 36-year-old woman, Talatu Alh. Usman, and her one-year-old child in Lamurde Local Government Area.

The spokesperson of the command, SP Suleiman Nguroje, said both the suspect Volamu Kalbes and the victims are residents of Sabon Layi village in Lamurde LGA.

The suspect allegedly attacked the victim by the riverside where she went to take her bath alongside her child.

”The Victim was said to have resisted an attempt by the suspect to rape her but to no avail, as he overpowered her as a result of which he subdued and pressed her down into the water where she died.

“As this was not enough, the Suspect took the child who was crying uncontrollably on the river bank and pressed him into the water until he became lifeless.

“On the strength of that, the Suspect was arrested by the command operatives attached to Lamurde Divisional Police Headquarters, following a report received by the victim’s husband, Alh. Usman Abdul who is currently bereaved over the lost of his wife and child.”the statement read

He also urged members of the public to desist from all criminal acts as the police will not relent in bringing to book anyone found violating the laws of the land.

More than 60 crèches in Dunoon struggle to register for funding

US to engage more with SA after Ramaphosa’s visit