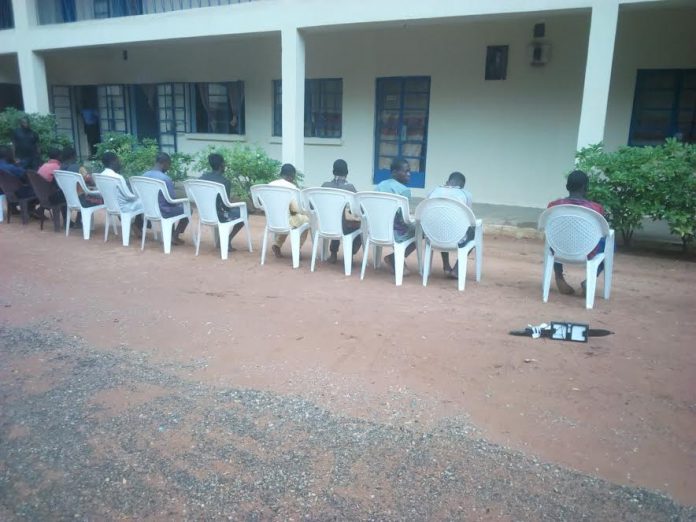 The Kebbi State Police Command has arrested two suspects who allegedly cut off a 12-year-old boy’s penis and one other for raping an 8-year-old girl.

The Commissioner of Police in the state, Ahmed Magaji Kontagora, disclosed this at the police headquarters in Birnin Kebbi on Wednesday, October 5, 2022.

“On the 24th September 2022 at about 12000hrs, one Ismail Idris ‘m’ aged 12yrs of Garin Baka village, Birnin Yauri District of Ngaski LGA, was found lying down unconscious in a pool of his blood along Unguwar Koda forests with his manhood (penis) cut off by unknown person(s).

“The victim was rushed to Federal Medical Centre, Birnin Kebbi, for medical attention. On receipt of the report, a team of detectives was detailed to investigate and they succeeded in arresting one Mansur Musa and Aminu Musa all ‘m’ of the same address in connection with the case. The case is under investigation and will soon be charged to court after the completion of an investigation.”

The police boss said one Danjuma Adamu was arrested in Koko/Besse Local Government Area of the state for raping an 8-year-old girl.

“On the 16th September 2022 at about 1300hrs, one Danjuma Adamu a.ka Tanko ‘m’ aged 30yrs of Zariya Kala-Kala village, Koko/Besse LGA, dubiously took one Aisha Faruku ‘f’ aged 8yrs of the same address, who was selling beans cake, into the house of one Umaru Dauda and forcefully had sexual intercourse with her and gave her two hundred naira (N200)

“Later, the suspect also gave the said Umaru Dauda two hundred naira (N200) for using his room to perpetrate his evil intention. The case is still under investigation and will be charged to court as soon as the investigation is completed.

“Similarly, on the 26th September 2022 at about 1130rs, the suspect, one Bashir Ibrahim, ‘m’, of Kangiwa town, deceitfully took his unsounded mind sister, named Hajara Abdullahi, into a drainage and forcefully had sexual intercourse with her. The case is under investigation and the suspect will soon be charged to court,” he said.

The police boss adviced members of the public to desist from taking laws into their hands, but refer all their grievances to the appropriated authorities for redress.

Covid-19 pandemic to be ‘far more deadly’ this year, WHO Chief...

80% Africans rely on traditional medicine – WHO