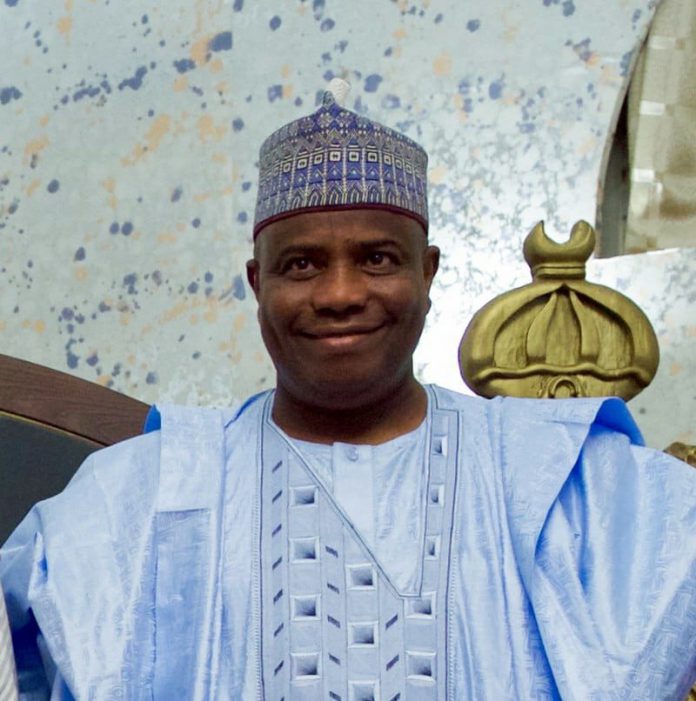 The Governor of Sokoto state, Aminu Tambuwal has revealed that the state has put a modality in place to generate N300 billion annually in the farming and exportation of onions.

The Governor, who made mention of this while briefing newsmen shortly after inspecting some of his legacy projects as part of efforts by PDP Governors to audit some of the outstanding projects of its chief executives, added that about 100 trailers of onions leave the state daily.

Tambuwal explained that onions which is cultivated during the rainy and dry season has become a major revenue earner for the state, just as he disclosed that some of the legacy projects embarked upon by his administration is largely funded from proceeds from onions.

He said, “We have started the process of documenting onions leaving the state. From what we have put in place, we will be generating nothing less than N250 to N300 billion annually.

“We are the number one producer of onion in the North. Onion in Sokoto is produced all year round.”

He asserted that Sokoto state is number one in farm subsidy.

The Governor disclosed that to ensure that farmers do not engage their children of school age in the agricultural sector during school hours, his administration introduced and sustained a conditional cash transfer project to farmers depending on the number of their children in school.

The fund is to enable them hire and pay workers for the work that could have been handled by their children that are now in school.

He added that the state government passed a bill that made education free and compulsory both for indigenes and residents of the state.

Meanwhile, the Sokoto state commissioner of Commerce, Hon. Bashir Gidado said that the state government has concluded plans to establish an international market for onions in the outskirts of the State.

19-year-old Ondo Monarch to marry more than one Wife