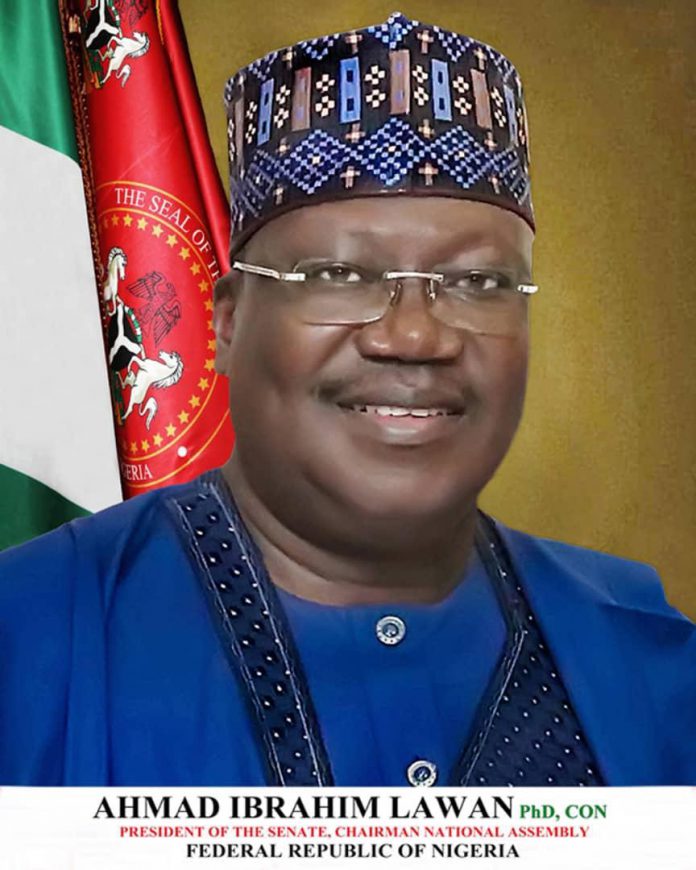 Leading the debate on the general principles of the bill, Tinubu said the piece of legislation seeks a reform of the Postal Industry and to make Comprehensive Provisions for the Development and Regulation of Postal Services in Nigeria.

According to the lawmaker, the Nigerian Postal Service (NIPOST) which dates as far back as 1852, evolved from an exigency of the colonial administration to a Collection Office of the United Kingdom and eventually, to the NIPOST.

She recalled that as at 1st of October, 1960, when Nigeria gained independence from colonial rule, there existed one hundred and seventy-six (176) Post Offices, 10 Sub-Post Offices and 1000 Postal Agencies.

Tinubu, however, noted that the agency presently has over nine hundred and fifty five (955) post offices and more than three thousand (3,000) Postal Agencies in the thirty-six States of the Federation.

The lawmaker observed that in view of existing realities, it had become imperative for the NIPOST Act to be reviewed to guarantee improved efficiency and service.

“NIPOST has been touted as having so much potential not only for revenue generation but also for impacting the lives of ordinary Nigerians.

“However, the Agency’s struggles are well known. With its apparent inefficiencies, advancement in technology and the introduction of electronic mail there has been a decline in demand for traditional postal services, thus necessitating a reform in the Agency mode of operation.

“The Global Postal Industry and indeed, every facet of human life has continued to evolve, thus requiring the Nigerian Postal Industry to rise to the demands of existing realities.

“Consequently, the subsisting Act which has been in place since 2004 has been overtaken by events and is not reflective of the times we are in.

“To set NIPOST back on track, we need innovation, integration and inclusion in keeping up with current trends, and introducing ICT to ensure quicker and more effective service delivery.

“To do this however, it is important to take a look at, and reengineer the Agency’s establishment Act, its powers and its functions,” the lawmaker said.

According to her, the Bill covers implementation of a National Postal Policy, encourages local and foreign investment in the postal industry, ensures the protection of rights and interests of service providers in the sector, makes provision for postal services to areas and towns that were erstwhile not sustainable, and promotes small and medium enterprises in the sector, amongst others.

Tinubu disclosed that the Bill also provides for the establishment of the Nigerian Postal Service and designates it as Public Postal Operator (PPO), a corporate body with a common seal whose responsibility includes the provision of Universal Postal Services in Nigeria.

“The Bill goes further to establish the Nigerian Postal Commission, another corporate body with its own common seal, which shall have the sole responsibility of regulating and supervising the Postal Sector.

“Mr. President and my Distinguished colleagues, this Bill, if passed will successfully unbundle the Nigerian Postal Service from the huge monstrosity that it currently is.

“The Bill splits up the roles of policy maker, independent regulator and industry Operator which NIPOST is currently saddled with.

“In addition, as NIPOST is currently a dominant operator in the courier and logistics services market, it is imperative, in the interest of our anti-trust and competition laws, and in a bid to ensure an even playing field for all, to separate NIPOST the postal operator from the Regulator,” Tinubu said.

She further disclosed that the bill, while providing for Administration and planning of a National Postcode System, in line with global addressing standards, for efficient mail delivery, seeks to establish a Universal Postal Service Fund to be funded through appropriation from the National Assembly.

“By passing this Bill, we will not only be ensuring that our Postal services are carried out in line with international best practices, we will also be sending a signal to would be investors that we are an investment haven.

“This Bill will serve as catalyst for local and foreign postal investment while attracting skilled personnel in the field,” she said.

The bill after scaling second reading was referred by the Senate President, Ahmad Lawan, to the Committee on Communications.

The Committee was given four (4) weeks to report back to the upper chamber.

‘This is an atrocity’: fears grow that Russian blockade may unleash...