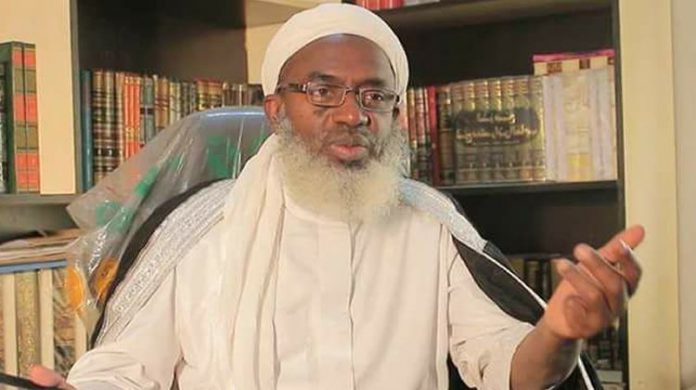 Renowned Islamic cleric, Sheikh Ahmad Gumi, said that the Holy Prophet Muhammad (SAW), was at several points during his lifetime insulted by non-Muslims, yet he refused to attack or even kill persons who assassinated his characters.

Gumi made this known while conducting a religious teaching class in his Kaduna Juma’at mosque.

The Kaduna based scholar, in a video clip obtained and translated by PRNigeria, said the prophet’s refusal to avenge the insults of non-Muslims were raining on him while he was alive, was because he does not want to be regarded or tagged a killer.

He spoke while reacting to the lynching of a female Christian student at Shehu Shagari College of Education in Sokoto, over allegedly blasphemous statements on Prophet Muhammad.

He observed that the best way Muslims can show that they love Prophet Muhammad (SAW) is by adhering to his religious teaching, and totally obeying him, instead of killing people over trivial issues.

According to him, both Nigerian Muslims and Christians have agreed to live harmoniously together, hence no religious law is applied in the country, being a secular State.

“Hence, anyone who kills a non-Muslim who they have agreed to live peacefully with, will not smell the fragrance of Paradise for 40 years,” he said.

Sheikh Gumi, while noting that no one is allowed to take laws into his or her hands in Islam, called on his fellow Islamic clerics to impart sound religious tenets to their adherents instead of instigating them to perpetrate ‘reprehensible’ acts.

“If we think by killing Deborah, people who are not of the same faith with us will stop insulting our prophet, then we are in delusion,” he concluded.

PRNigeria reports that Sheikh Gumi a medical doctor and a retired military officer is the current Mufti and mufassir at the Kaduna Sultan Bello Central mosque. He is the eldest son of late Shaykh Abubakar Gumi, the first Grand Khadi of the old Northern Region who was instrumental to the massive Islamic propagation in Northern Nigeria.