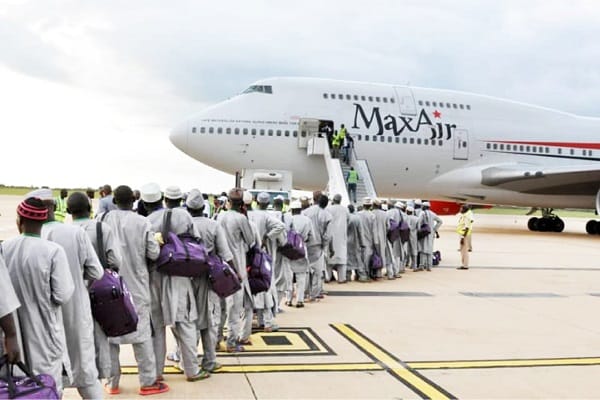 The spokesman of the Muslim Pilgrims Board in Plateau State, Namu Sanusi, has affirmed that all the 826 intending pilgrims from the state would be airlifted to Saudi Arabia before the closure of King Abdulaziz international airport, Saudi Arabia.

Sanusi said that arrangement has been made to convey the pilgrims to Bauchi airport, enroute the Holy Land.

He urged the pilgrims to be patient with commission, in spite of the little hitches due to the delay to provide the required visas by the relevant authorities.

According to Sanusi, the board received over 500 visas out of the 826 slots on Monday, adding that all the remaining visas would be ready by evening.

“We hope that all intending pilgrims would be airlifted. We have two planes.

“The first one will airlift 500 pilgrims and the remaining 326 would be attached with some pilgrims from Bauchi and be airlifted. There is no cause for alarm. All the 826 pilgrims would surely be airlifted to the holy land.”

Jobseekers in Europe and America will soon focus on Africa –...