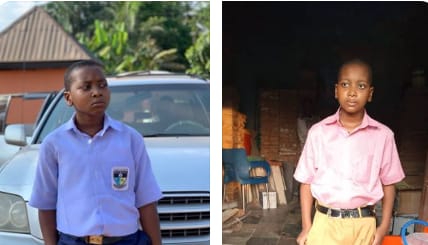 A Nigerian lady has taken to social media to express shock over her brother’s drastic weight loss after he returned from boarding school.

She lamented that her brother had only been in a boarding school for barely two months.

According to what she shared via her Twitter handle, Aunty Pepper (@Phepsy) stated,

“Who we sent to them, who they returned to us. Who be this?? Boarding school no be am o.

“Just half a term o, my brother don disappear” she added, noting that he has only been in the school for only two months.”

Criticising judges over Waluś ruling is okay, but going too far...

I am done with Raila even if he bad-mouths me, Oparanya...