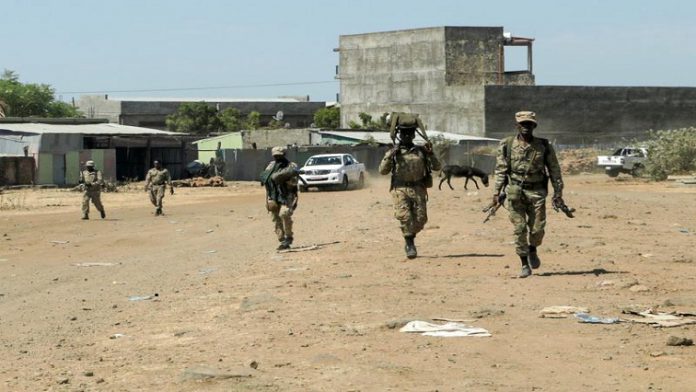 The M23 rebel group have reportedly attacked army positions near the border with Uganda and Rwanda as heavy fighting erupted overnight and continued on Monday in eastern Democratic Republic of Congo.

Congo’s army confirmed the attacks and said the M23 were backed by Rwandan soldiers, two of whom it claimed to have captured. It named the two soldiers in a statement and presented them at a press conference late on Monday.

Rwanda’s government spokesman, army spokesman and attorney general did not respond to requests for comments immediately.

The M23 seized large swathes of territory during an insurrection in 2012 and 2013, before its fighters were chased out by Congolese and United Nations forces into Uganda and Rwanda.

The clashes began at around 1 a.m. (2300 GMT) near the villages of Tshanzu and Runyonyi, around 50 km (31 miles) north-east of the provincial capital Goma, a witness in Runyonyi said.

“We don’t know who controls the area, but it looks like it’s a serious attack,” the witness told Reuters, adding that the fighting was more intense than previous clashes.

The Congolese army said in a statement that it was working to “rapidly re-establish state authority” in Tshanzu and Runyonyi.

The two strategic villages were the M23’s last redoubts before it was driven out of Congo in 2013. The group also briefly seized them in a similar overnight attack in November.

There have been regional efforts in recent years to have the M23 demobilise, but its leaders have complained about the slow implementation of a peace accord and accused the Congolese army of waging war against it.

“Our organisation, the M23, which has been able to patiently wait nine years for the implementation of the peace process, deplores this dreadful option of violence,” said M23 spokesman Willy Ngoma in a statement last week.

As at the time of compiling this report a spokesman for the M23 could not be reached for comment.

“My heart is heavy, pray for me” – Tonto Dikeh reveals

BTN set to support brands at the Exhibition