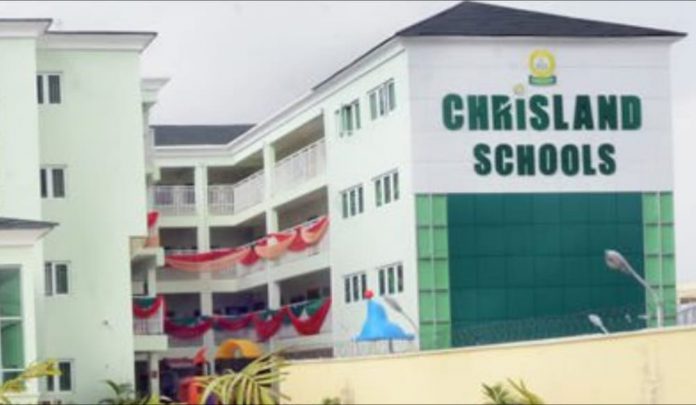 The Lagos state government has shut down all the branches of Chrisland schools in the state following the viral sex tapes of some students of the school.

According to a statement released, the state government says an investigation has been launched into the unfortunate incident.

The state government warned that anyone seen producing, distributing, receiving, or being in possession of child pornography commits an offense and is liable to a custodial sentence of fourteen (14) years.

The statement reads in part:

”The attention of the Lagos State Government has been drawn to the alleged sexual violence case involving students of Chrisland Schools which occurred in Dubai, United Arab Emirates.

“It is pertinent to note that all allegations are being investigated by the relevant Ministries, Departments and Agencies, including Ministry of Education, Office of Education Quality Assurance, Ministry of Youth and Social Development, Ministry of Justice and the Lagos State Domestic & Sexual Violence Agency, whilst the criminal allegations have been escalated to the Commissioner of Police.

“In view of the allegations, we are committed to ensuring that adequate medical and pscyho social support is provided.

“This is to reassure members of the public of the State Government’s commitment to safety and child protection, especially in ensuring that all child-centered institutions within the state, formulate and implement policies and systems that are compliant with the Executive Order (NO.EO/AA08 of 2016), Lagos State Safeguarding and Child Protection Program.

“We also use this medium to remind the general public that any person who engages in any visual depiction of sexually explicit conduct involving a child, commits an offence and is liable to custodial sentence of fourteen (14) years. This includes “producing, distributing, receiving, or possessing an image of child pornography.”

Meanwhile, a music executive, Ubi Franklin, has shared the story of how his friend’s 10-year-old daughter was raped during a school competition in Dubai.

In a series of Tweets, Ubi mentioned that the little girl was selected to represent her school in a sporting game in Dubai. He said while at the competition, the girl was raped, video tapped and the video was posted on Instagram a month ago

According to Ubi, the distraught parents found out after another parent in the school alerted them.

“Just got off the phone with a friend of mine. His 10 year old daughter was selected to represent her school at the World School Games in dubai. His daughter was r**ped by fellow students, video tapped and posted on Instagram and the school concealed it for a month.

“He found out on his own when another parent called his wife and showed his wife the video of his 10 year old daughter being circulated on Instagram. I have spent the last 1hour listening to confessional statements by some teachers and I am begging this should rather be a dream.“

In an update given, Ubi said the school authorities suspended the female student who was raped.

”UPDATE ON MY PREVIOUS POST. This school took the girl from her parents that they wanted to conduct a Covid test and the school rather took the girl for a pregnancy test. As we speak the girl has been SUSPENDED from the school. Some things don’t make sense at all.”