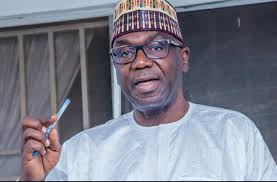 The governor of Kwara state, AbdulRahman AbdulRazaq estimated that the state has lost investments between the worth of N5 billion and N10 billion to flood.

AbdulRahman, while briefing journalists after his meeting with President Muhammadu Buhari said the flood displaced 15,000 people, destroyed at least 5,000 houses and thousands of hectares of land disappeared underwater.

He disclosed that he was in a meeting at the Presidential Villa to give a report to the president about the ecological challenges troubling his state. He also requested for support to the destructions caused by the flood.

“We have about 5,000 houses and thousands of hectares of farmlands are under water. Close to about 10,000 to 15,000 people are already displaced so far. So, it’s straining the state’s economy. That is why we need virtual aid,” he said.

Talking about the estimated value of the losses, he said: “We are checking about N5 to N10 billion in losses.

“I came to the president, among other things, to discuss ecological and developmental issues, and over the weekend, we had huge rainstorm that destroyed about 5,000 houses in the state capital.

Speaking about the efforts that have been taken to cushion the effects of the flood, he explained, “Immediately it started, we have NEMA on ground and State Emergency Management Agency. The first thing we did is to collate data.

“We have been collating data. And from today, palliatives have started going out. We also thank God because of some of food donated by CACOVID to Kwara State.

“Some of them are in the warehouse. So, they are very handful and useful in what we are doing,” he added.