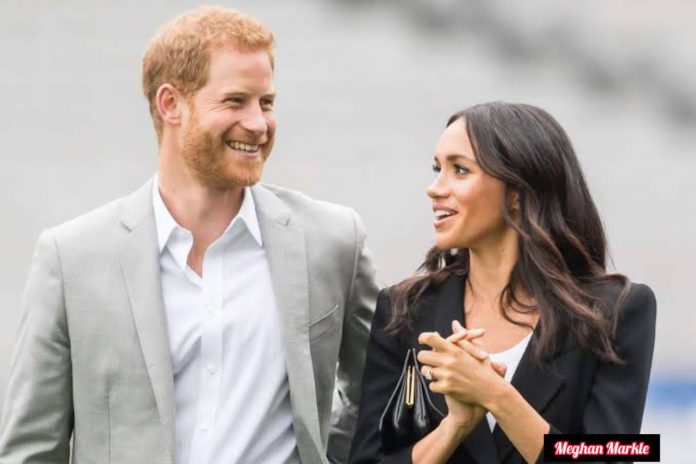 Meghan Markle’s former friend, Lizzie Cindy has revealed that she wishes she never introduced the actress to Prince Harry, Duke of Sussex, the younger son of King Charles III.

Lizzie Cundy met the Duchess of Sussex, Meghan Markle in 2013 at a pre-dinner for a charity event and the pair “got on like a house on fire “. They met up again after that and became firm friends, with Meghan telling Lizzie she would “love an English boyfriend”.

Ahead of Harry and Meghan’s upcoming documentary, Lizzie said: “it’s all my fault!”

Speaking to OK! magazine at the TRIC Christmas Lunch, Lizzie shared her regret at matchmaking the Prince with the former Suits actress.

She said: “I wish I never introduced Harry [to her.] It’s all my fault! I’m sorry Camilla. I’m sorry everyone!”

She also accused them of “bringing down the monarchy.”

She added: “This could have been screened when the Queen was alive and I feel they’re just trying to ruin her 70 years of amazing work. I feel like they’ve got to get their own identity – stop whinging, stop moaning.”

Lizzie and Meghan were good friends at first but now Lizzie claims she has been “ghosted” by Meghan.

Harry and Meghan’s Netflix documentary will be released in two parts this month, with volume one (episodes 1 to 3) dropping tomorrow, December 8, and volume 2 dropping on December 15 (episodes 4 to 6).

42 injured in accident involving a truck and a school bus...