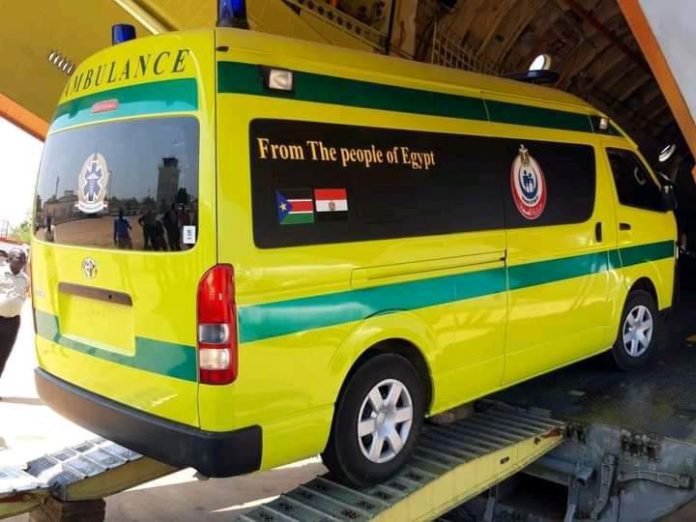 It was gathered that the Egyptian government had earlier offered 12 tons of assorted food items including sugar, pasta and noodles to flood insecure populations in South Sudan.

Ahmed Sobhi Sulaiman, the Egyptian ambassador to South Sudan, who addressed the media on Tuesday said the donation of three ambulances is part of the Egyptian government efforts to supporting South Sudan at all important sectors.

Amb. Sulaiman affirmed that the Egyptian government will always open its doors for people of South Sudan especially in the vital aspects such as health sector.

“With the arrival of these three ambulances is a big milestone in the effort and the work we will continue to support the government of South Sudan in building capacity and again provide all necessary equipment and logistics for the health sector for the people of South Sudan.” he added.

Deng Dau Deng, South Sudan’s Deputy Minister of Foreign Affairs and International Cooperation acknowledged the receipt of the donation and announced that those who might have high blood pressure should start going for testing.

“We have received three ambulances equipped to respond to emergency situations. If you have an oxygen problem then it can respond to it. It also tests the sugar and blood pressure and also can rescue if there is a problem,” Deng stated.

Strategy to fast-track universal access to clean cooking energy in the...