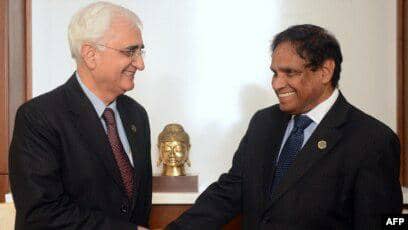 A former anti-apartheid fighter, Ebrahim Ismail Ebrahim, ded on Monday, December 6, at the age of 84.

According to the ruling African National Congress, he died of a long illness at his home in Johannesburg.

The party commended “a longtime ANC member, a patriot who has served his country in many capacities with humility, dedication and distinction.”

Born on July 1, 1937, the activist of Indian origin had a journey similar to that of the big names in the fight against the white racist regime in South Africa.

At the end of the 1980s, when he joined the ANC in exile and multiplied the missions, he was kidnapped by apartheid agents in neighboring Swaziland (now Eswatini), tortured, then sentenced for “treason” and sent back to Robben Island.

In prison, he studied with Nelson Mandela and shared a cell with Jacob Zuma, who like Mandela was a future president of South Africa.

He joined the government in 2009 as deputy foreign minister, a post he held for six years.

“I am saddened by the death of a comrade and distinguished advisor who has dedicated his life to the liberation of our country and the resolution of conflicts in the world,” South African President Cyril Ramaphosa said in a statement, welcoming a “sweet revolutionary.”

DDEP will wipe life savings of over 6 million Ghanaians –...

Severe thunderstorms and heavy rain expected in parts of KZN

Omo-Agege tasks police, others to unmask killers of Tordue Salem