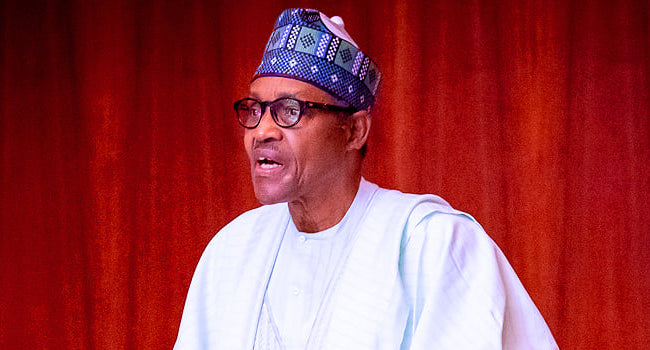 According to a statement signed by HURIWA’s National Coordinator, Emmanuel Onwubiko, and the National Media Affairs Director, Zainab Yusuf, on Saturday to mark the May 29th 2021 Democracy Day, the rights group stated that Buhari has, in six years, “replaced democracy with dictatorship of an unelected cabal.”

The group posited that the government of the day had “established corruption and permissive economic crimes amongst top federal government officials.”

The group further lamented that the president had allowed armed militia to continue to destabilize the North-West region of the country.

Speaking on the alleged killings of youths in the South-East region by security agents, HURIWA said:

“We are convinced that the current administration has increasingly failed to stop the extrajudicial killings of the youngsters in Igbo land under the guise that they are members of the Indigenous peoples of Biafra (IPOB) already banned by President Muhammadu Buhari.

“It will amount to intolerable insanity for any Nigerian to celebrate the Democracy Day given that the president has pocketed both the judiciary and the legislature which are essential institutions to enforce the constitutional checks and balances that are of imperative demand in any constitutional democracy.”

The group also accused the armed forces of the Federal Republic of Nigeria of successfully transforming into armed forces of Northern Nigeria with only Moslem Northerners manning all strategic internal security Architectures since the Year 2015 and are right now committing grand scale mass killings in the South East of Nigeria.

“Sadly, insecurity has denied millions of Nigerians of the enjoyment of their constitutionally guaranteed fundamental freedoms.

I’m not against debt restructuring; but there must be dialogue –...

Popular herbalist dies in hotel after intercourse with pastor’s wife