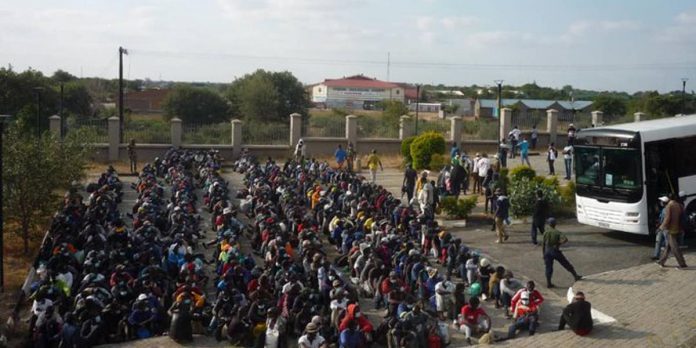 Almost 90,000 Zimbabweans have been reportedly arrested and deported from South Africa for entering or residing in the country without proper documentation.

Peter Mutasa, former president of Zimbabwe Congress of Trade Unions (ZCTU) stated that this development could not have happened had Zimbabwe labour unions, civic society groups and human rights activists’ warnings to South Africa about Zimbabwe’s economic and political crisis had not been ignored.

“We have been talking about these issues as labour, as human rights activists that SADC and AU have to take a progressive and practical position on Zimbabwe crisis, we have got a crisis. SADC has to resolve this crisis before it degenerates and now it has degenerated. So SADC, South Africa and other Africa countries have to agree that Zimbabwe has got crisis.

“This problem has now caused humanitarian crisis it is not enough for South Africans to just push Zimbabweans back where they cannot get livelihoods and to where they can starve, 61 percent in here are food insecure so all those people are looking for food.”

“That’s a symptom of the failure to govern ZANU PF government in Zimbabwe, it has been failing to provide Zimbabweans with jobs. Jobs are a basic need of Zimbabweans so that they can earn their legitimate lives.”

Biden, Macron Pledge To Support Ukraine’s Fight ‘As Long As It...

PVCs, Others Destroyed As Hoodlums Raze INEC Office In Ebonyi