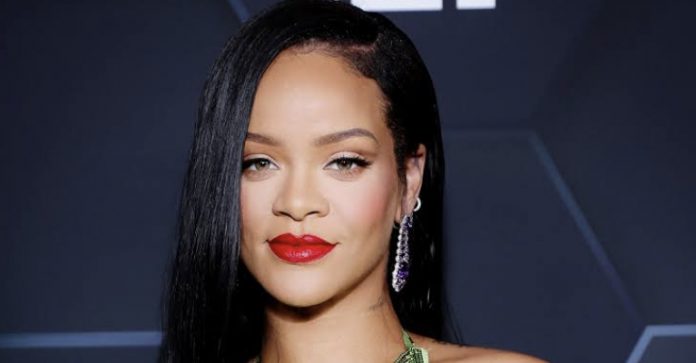 Popular singer, Rihanna says she has believed shocking stories about postpartum depression. Her pregnancy for Asap Rocky became known publicly in January, about eight months after the rapper had confirmed they were in a relationship.

Rihanna said she does not know what to expect when she puts to bed.

“I’m praying my body allows me to [breastfeed],” the singer said, adding that: “Postpartum depression. Will I feel out of control emotionally? Those are the stories I hear from other women that scare me.”

She also queried the society-imposed norm of getting married before childbirth as she had always believed that marriage would arrive before pregnancy for her.

She said, “I always thought it would be marriage first, then a baby, but who the fu*k says it has to be that way. I’m certainly not gonna let that get in the way of me being a mom.”

“Rocky asked me recently if I had a dream place, where would it be? I told him home, Barbados. I always imagined it being that way. But realistically it probably won’t be,” she said when asked about her ideal place of birth would be.

Two months ago, the 34-year-old singer had a grand opening to a fashion event in Malin, with her pregnancy bump on full display.

Reacting to why she stays stylish and expose her bump despite being heavily pregnant, she said, “I’m hoping that we were able to redefine what’s considered ‘decent’ for pregnant women.

“My body is doing incredible things right now, and I’m not going to be ashamed of that. This time should feel celebratory. Because why should you be hiding your pregnancy?

“Balance is one of my biggest challenges and always has been. And now there’s another human being coming into play, it changes what that means again. Still, I have businesses that aren’t going to run themselves.”

“How a personal issue affected me, broke me on my day of victory” – Funke Akindele opens up

I don’t mind cheating in a relationship” Singer, Ric Hassani says as he opens up on his relationship with Waje

Vodafone Ghana recognised as a top employer for 2023 by Top...

Mary Njoku appreciates God as she celebrates a new age