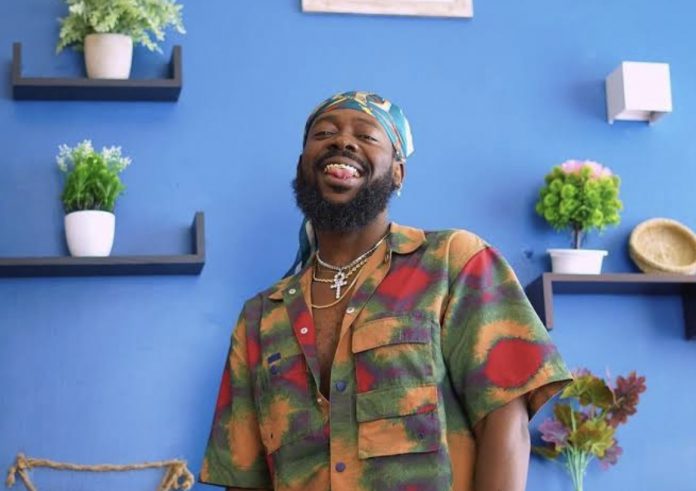 Nigerian Songwriter and singer, Adekunle Gold has once again display his love and affection to his wife, singer Simi and their daughter, Adejare.
The ‘high’ crooner who recently surprised his wife during a live show, has splashed millions of naira on customized rings of his wife and daughter.
Adekunle Gold who also got customized silver grills for himself took to his Insta-story to show off the lovely piece of jewelry of a mother and daughter figure and praised the jeweler who designed it.
The jeweler however revealed that the eyes on the rings are made with real diamond.
Recall that, The fashion-forward singer treated his wife to a beautiful surprise during an episode of Nigeria Idol.
During the live show, Adekunle Gold posed as his wife’s “superfan” and presented her with a birthday cake on stage.
Simi, one of the Nigerian Idol judges, was taken aback when she saw the admirer who turned out to be her husband. Her mouth was burst open for the first few minutes, then she jumped up and gave him a warm hug.
The romantic surprise stirred sweet reaction from their fans and followers online. See some comments as you scroll.
@__rhinsolar_, “Marry the right person”.
@_aniscooser, “This is beautiful. Love can only be found where it exists.”
@mrpresidennnt, “Marry your best friend Oloun the love hits different”.

LP to Soludo: We’ll know who owns the land when we...

Blessing Okoro reveals screenshot of her apology to Ada Ameh before...