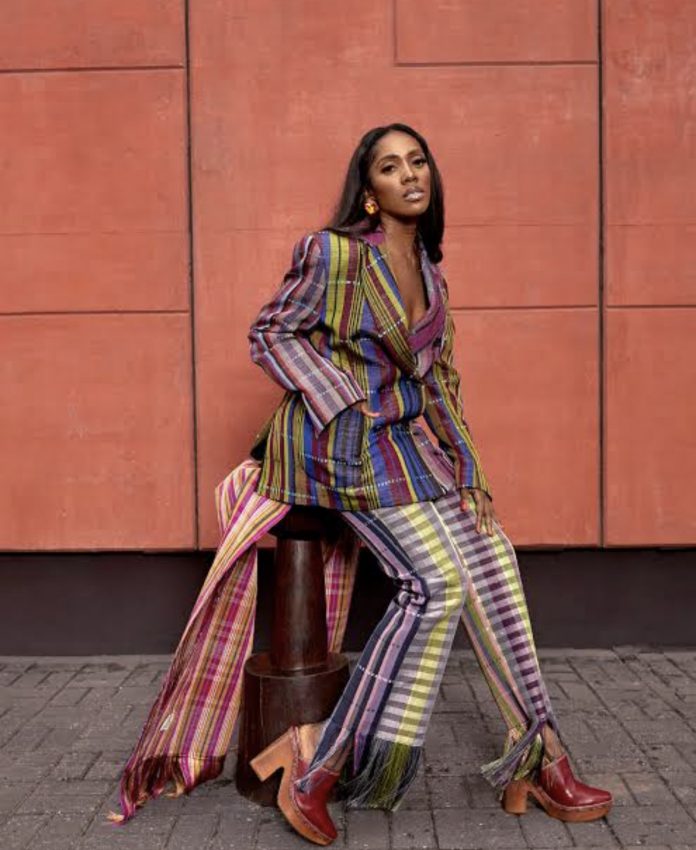 Popular Nigerian singer and songwriter, Tiwa Savage has taken to social media to gush over the love she has been receiving from her female fans.
According to the actress, she would have impregnated at least five women by now due to the way they love and adore her, perhaps she was a male musical artiste.
Tiwa Savage wrote on her Instastory that, “The way girls love me, if I be male artist I will already have like 5 baby mamas.”
Recall that a while ago, Tiwa Savage disclosed while performing at her show in Dallas that wealth isn’t what she looks for in a man.
According to her, she has her own money, so she isn’t particular about finding a wealthy man. Her type of man, she says, is the one who matches her energy and vibe.
She added that she can walk away from unpleasant situations because she has her own money and is not reliant on any man.
Her remark garnered ecstatic responses from the crowd of female fans, who appeared to back her decision wholeheartedly.

Sophia Momodu responds to rumour that she is pregnant for Singer...