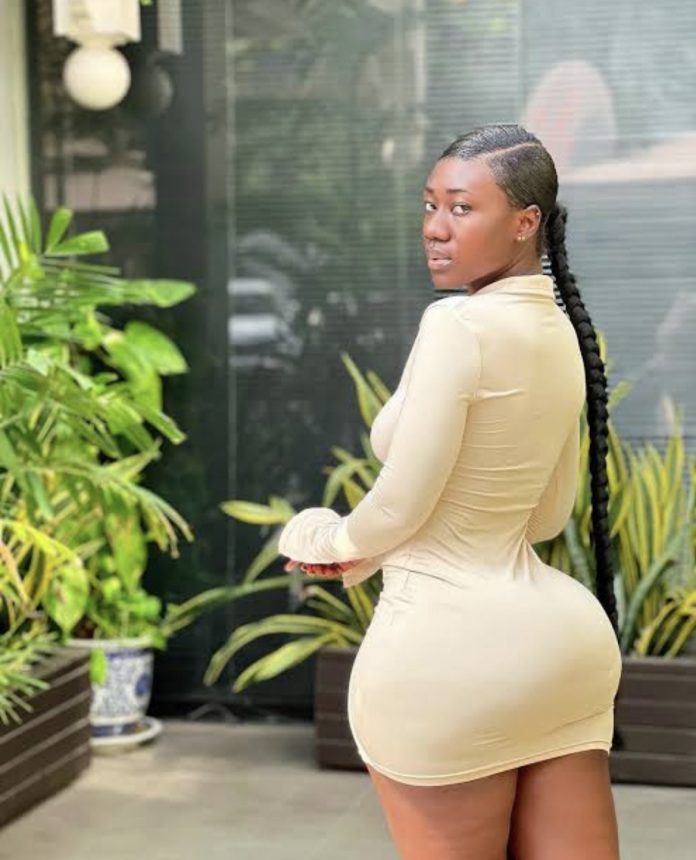 Ghanaian TikToker, Naomi Asiamah, better known as Hajia Bintu has disclosed that she doesn’t mind people creating horrible remarks about her body because it’s the curvy body that attains her money.

She said she does not have any other midpoint of making a living for herself except using her body to exploit brands on social media, which pays her a sufficient amount of money.

She said this on the United Showbiz last Saturday aired on Accra-based UTV.

With her on the show was Tiktok celebrities such as Asantewa, EkuaOfficial, and others.

Naomi noted that she schooled at Koforidua Technical University, where she studied hospitality management. However, she is leaving that aside for the time being to concentrate on her modelling business, which is the source of income.

She said, “They throw abusive comments at my posts every day, but I have become used to it because my body, which they are using to insult me, gives me money, so I don’t care what they will be saying from their homes.

“I studied hospitality management at Koforidua Technical University, but I will use that later. Now I am fully into brand influencing and modelling for fashion brands. I am now a brand ambassador.”

More funds to be invested in the lamu port, Mudavadi says

I don’t date people who aren’t at least 15 years older...

I came into the music industry straight from a UK prison...