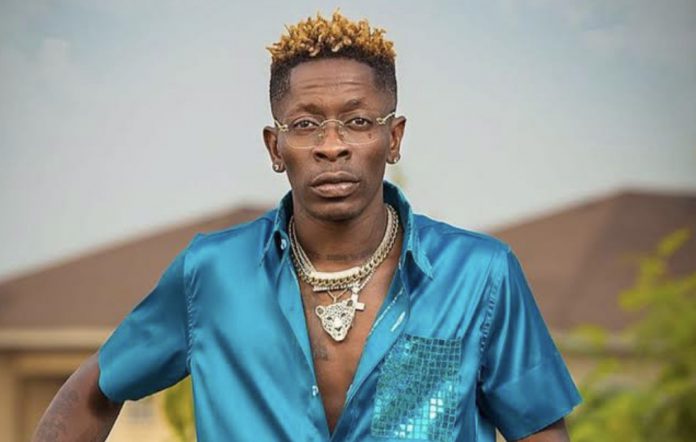 Ghanaian Dancehall artiste, Shatta Wale has added another house to his collection of properties, and has a video and witnesses to prove it.
The singer who was spotted in a trending new video making the rounds online, was seen excited to finally see what he coughed up the money to pay for as he and his entourage took steady walks around the compound
Meanwhile, this acquisition by the “on God” crooner is potentially a major talking point as he has been accused by several people of not taking good care of his mother.
Recently, Blakk Rasta humiliated Shatta Wale, saying he has not done anything impactful with his huge following.
The dancehall artiste responded, saying he will continue winning, regardless of what the likes of Blakk Rasta say about him.

Rapper Oladips calls out Olamide, apologizes to Wizkid; his fans

Gospel singer speaks on level of timidness in Ghana

8 dead, many injured, Drake sue for casualty at Travis Scott’s...