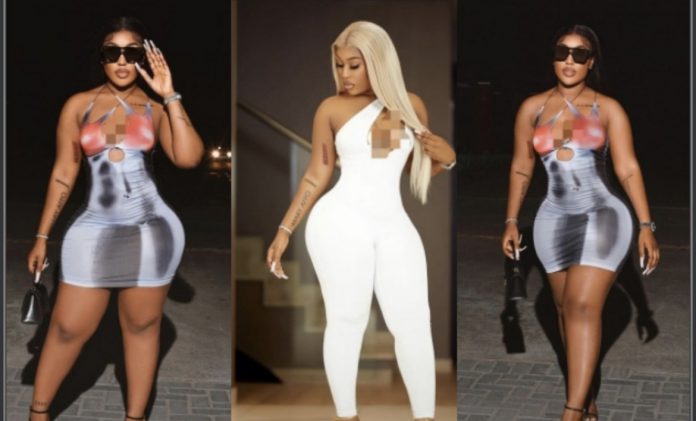 Ghanaian musician, Francine Koffie popularly known as Fantana has admitted the rumors circulating on social media about her newly acquired backside are accurate.
According to her, she undergo liposuction to enhance her body shape because she was not pleased with her previous shape and she’s not in any way ashamed of it.
Fantana who went under the knife despite having a perfect body added that since she would be making public appearances as a celebrity, enhancing her body was a strategic move to boost her music career.
Meanwhile, the singer also exposes some female celebrities who have gone under the knife to enhance their bodies but mislead the public by claiming the shape is a result of a good diet plan and constant exercise.
There’s nothing wrong with it. Some people do it and say they have not done it which is misleading people because they act like they wear waist trainers or they hit the gym which is not true but a lot of young guys follow me and I wouldn’t like to mislead them”, Fantana said

Man bashed my car, called my assistant a thief — Actor...

I borrowed money to buy Blackberry, just to “belong” – Nigerian...