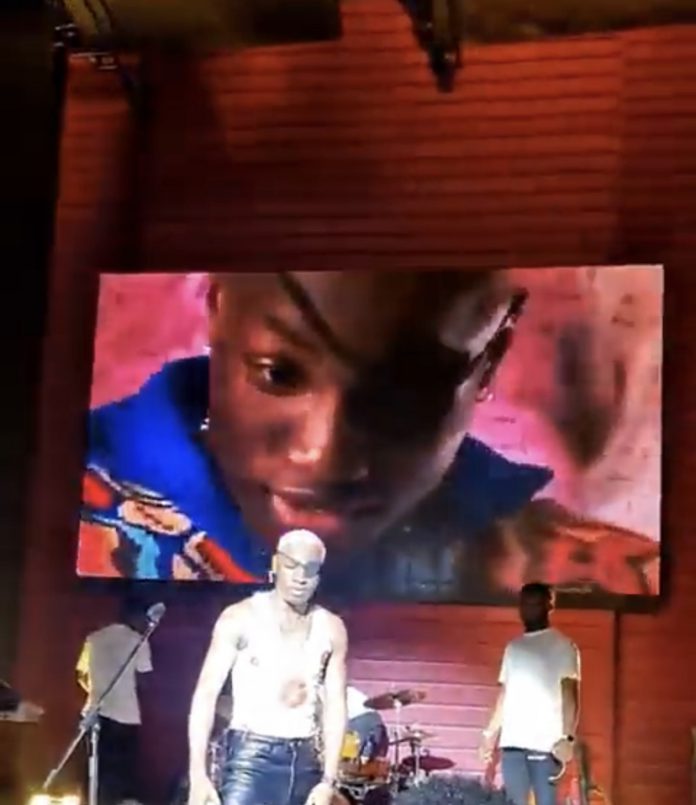 On Sunday, Nigerian singer, Michael Adebayo, popularly known as Ruger, was assaulted while performing his song on stage.

A female fan had grabbed his manhood when he moved to the edges of the stage.

In a viral video, the artiste was near and familiar with the fans during a performance and everyone was dancing to his song until a female fan grabbed a handful of his penis.

Annoyed by that act, Ruger stopped his performance and left the stage but stared angrily at the fan before he left.

However, this is not be the first time Ruger was sexually harassed on stage.

In 2021, Ruger’s manhood was grabbed during a stage performance by female fan but he immediately shifted position, moving away quickly in surprise.

Most Nigerians on social media have decried the fan’s action.

Burna Boy and I are still friends – Buju