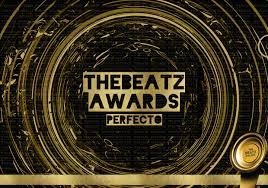 Music stars led by Davido and Cobhave emerged winners at the seventh edition of the Beatz Awards, which was held at Muson Centre in Lagos last weekend.

The awards  was hosted by MC and BBNaija alumni, Dee-One and Ghanaian female rapper, Nana Amporful.

The Chief Executive Officer of the awards ceremony, Elijah John, said Beatz Awards was created to recognise and celebrate outstanding achievements of the creative minds behind music production, business, and distribution.

“We need to recognise the talents behind the stars, these people make these things happen. We want to educate the people about how rich the industry is and how they can tap into the potential, even though they are behind the scene,” John said.

We must ruthlessly dismantle terror networks in the horn of Africa...

OAP Nedu’s ex-wife, Uzoamaka shades him after he reveals how he...