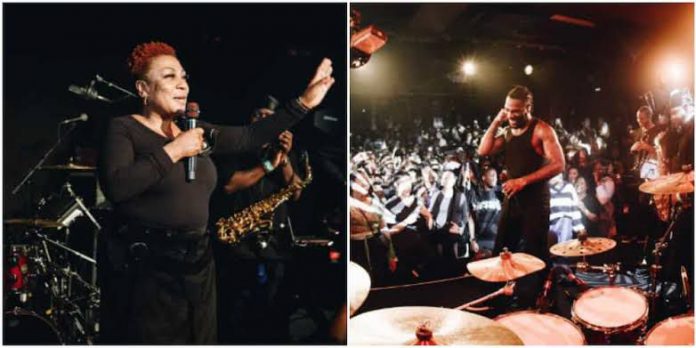 Singer Burna Boy’s mother and manager, Bose Ogulu, has wowed thousands of Paris fans as she addressed them in French at his recent concert.

Bose Ogulu, stole the spotlight at the singer’s recently sold out concert in Paris. Taking to the stage, Bose had addressed his fans fluently in French.

The fans who were surprised at her fluent use of their language, screamed in delight

However, It was also learnt that Bose who is Burna Boy’s manager, speaks Italian and German fluently.

Zimbabwean mastermind among five nabbed for kidnapping of businessman

Man who spent Sh140,000 wrongfully sent to him via MPesa charged

NPP’s NEC meeting over dates for primaries ends in deadlock