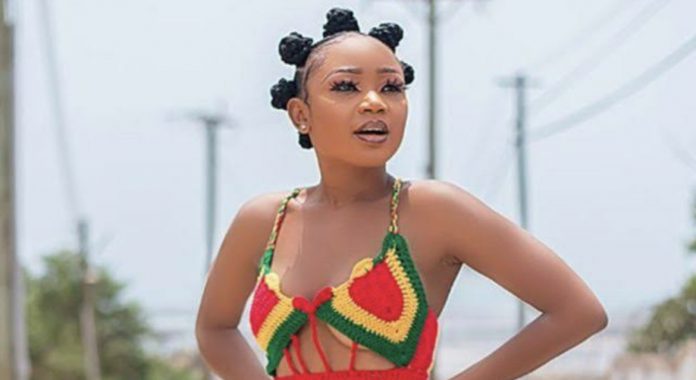 Socialite Akuapem Poloo has refuted rumours saying that she is pregnant with another child.

The rumours about her pregnancy started after a photo of her with a protruded belly was posted online.

The socialite, has, however, said she was not pregnant.

She said the protruding stomach is an outcome of too much food she ate before taking a photo.

“So someone drew my attention to news going around that I’m pregnant. In this picture, I finished banku with okro before doing the shoot.

Please, I’m not pregnant. I wish though and I receive it but at the right time – God’s own time,” she said.

In a subsequent post, she shared a video of her flat tummy while wearing a black bra on an orange skirt tube to prove she is not pregnant. ‘Pregnant Goat’, she wrote beneath the video.

Poloo is currently a mother of one and she has been through thick and thin including going behind bars over offences related to her son. She wished she is pregnant but she is not.