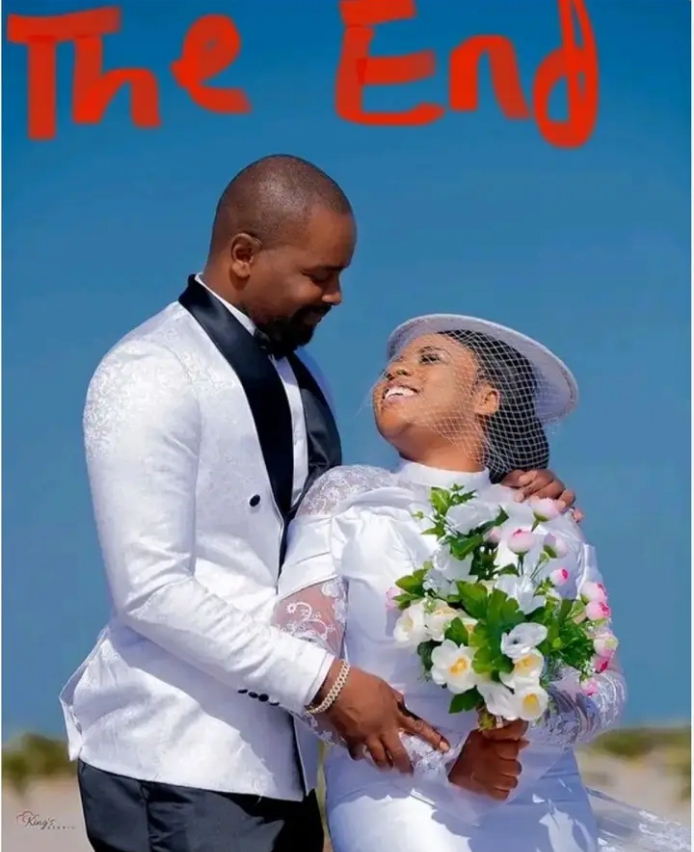 Jasmine, the daughter of veteran actor John Okafor aka Mr Ibu, has announced the end of her nine-month-old marriage to a man identified as M

She made the announcement on her Instagram page on Monday, posting their wedding photo with the caption “The End” and a series of post

Jasmine accused her husband of lying to her about his divorce and having children from a previous relationship, claiming that she had already asked him about it before dating him and only learnt the truth from his mothe

She wrote, “This was the best nine months of my life! I have no regrets whatsoever! I just won’t settle for a lie, regardless! I forgive easily. I remember asking you about this severally before we started! Finding out today from your mum really broke me! A foundation built upon a tiny lie won’t stand! I love how you loved me! But hate how you never mentioned your divorce nor kids to me! Moving on I don’t think I want anybody else! Just gonna love you from a distance